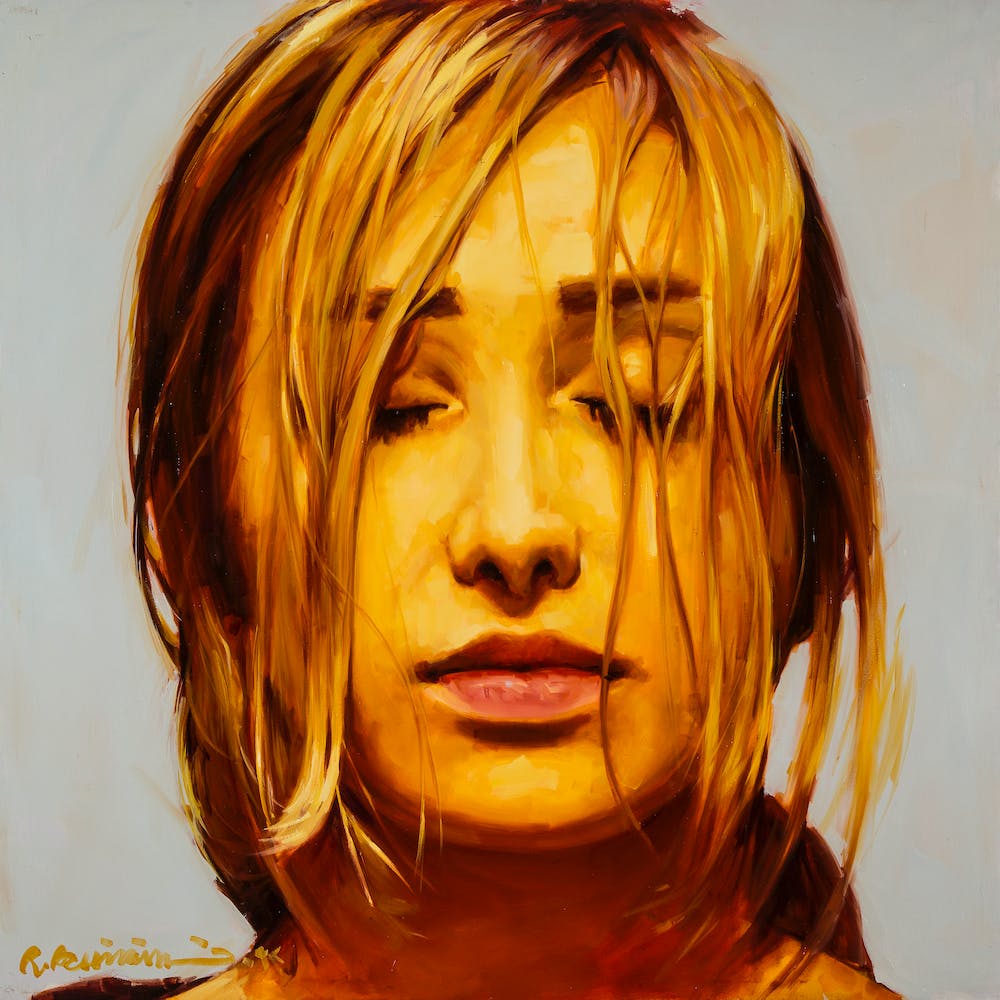 Born in 1977 in Hamadan, Iran, Reza Azimian is a self-taught painter whose Major in sociology has become the focus of his professional career as an artist.

Exploring our changing culture and its parallel effects on our identities and social conducts, Reza has a distinctive way of expression; finding inspiration in what he finds in his surroundings and what he discovers surfing the net - images but also personal experiences. These, however, are only the outer layer of his conscious apprehension of social issues.

His “Portraits” series has an intense psychological mood on the notions of modern social engagements. And his “Download” series is focused on the concept of technology and how it interferes with our daily routine and inevitably our identity; both in the real physical and the virtual lives we lead. In “False Feeling”, a sub-series to the Download series, he represents our unrelated and irrelevant thoughts and feelings to portray the psychic shocks and disorders that perhaps have affected us all.

He reveals a segment that deals with his mental obsession, creating a sense of loneliness that he associates with the speeding advancement of technology and its effects on society and individuals. Having tried different media, Reza believes that it is only through oil that he can achieve the kind of end results that he is after: the portrayal of what he thinks is consciously or unconsciously the concern of all.

Reza lives and works in Hamadan, an old mountainous city in Iran. In recent years, his works have been exhibited widely, displayed in art fairs worldwide and placed in prominent collections inside and outside Iran. 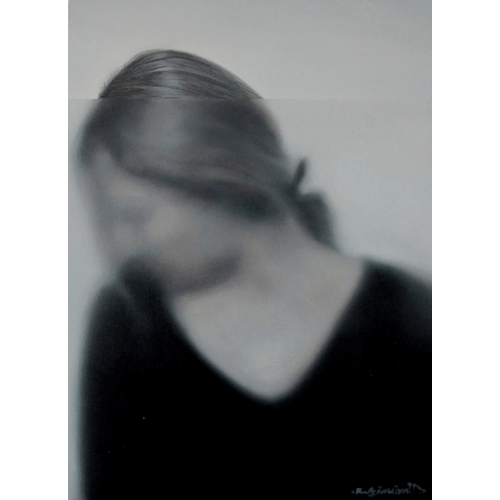 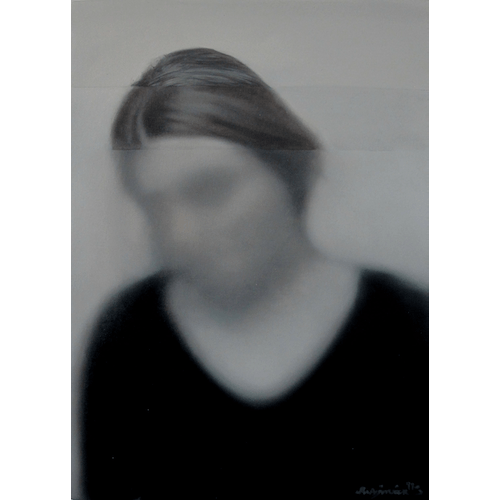 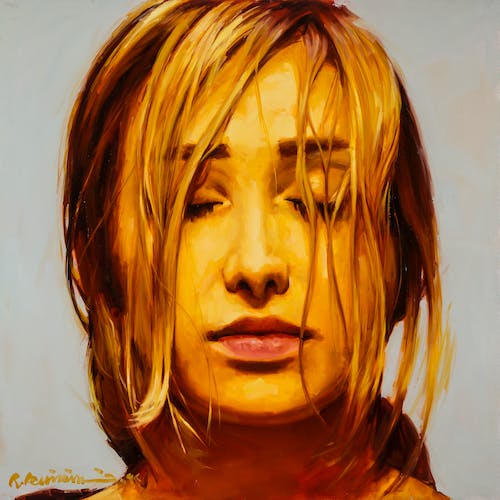 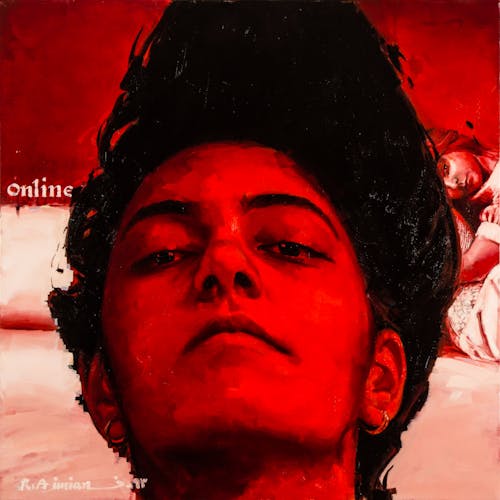 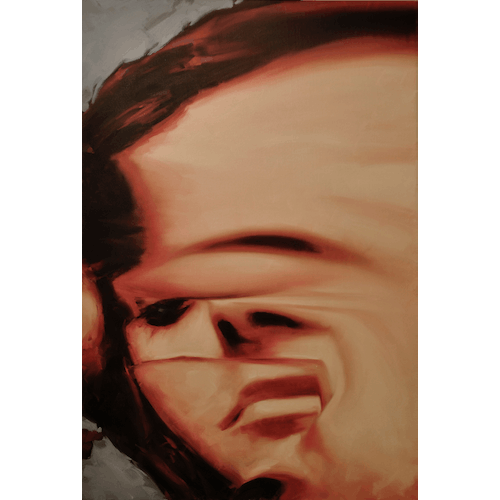 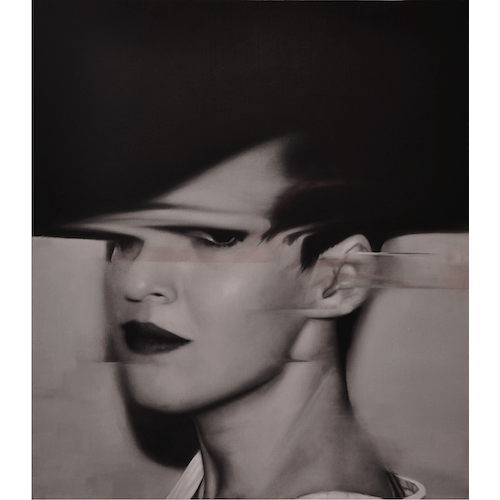